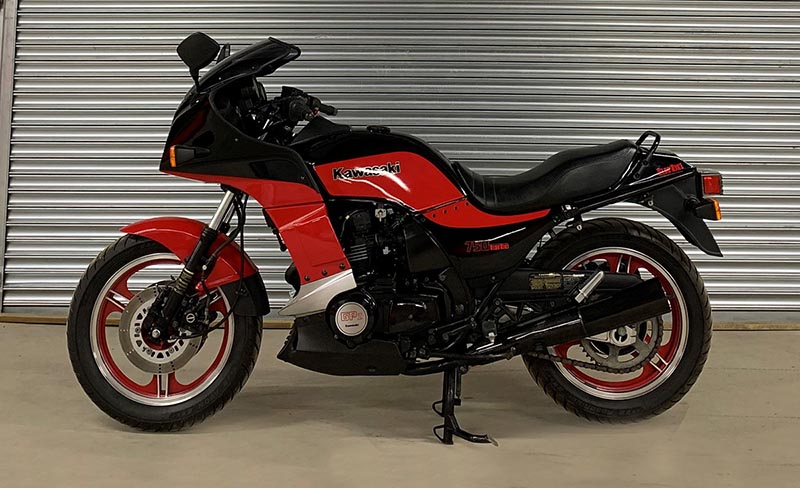 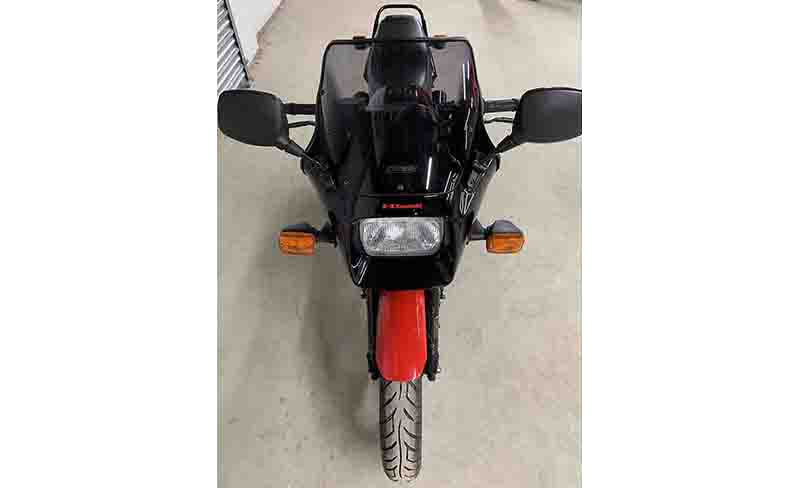 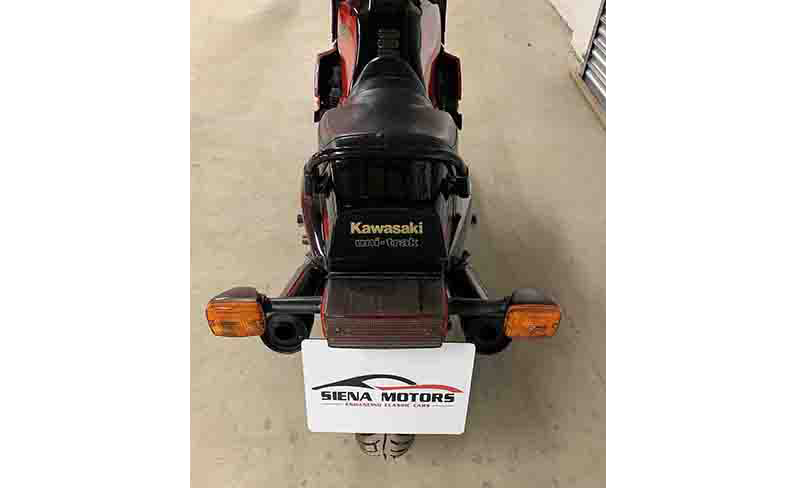 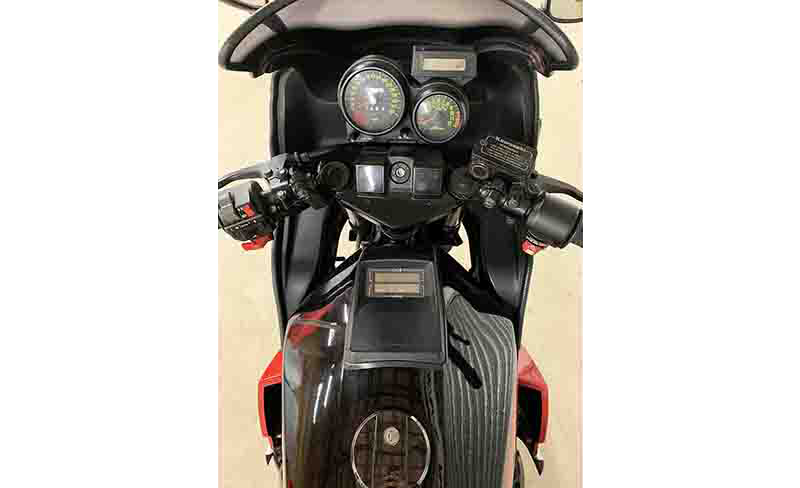 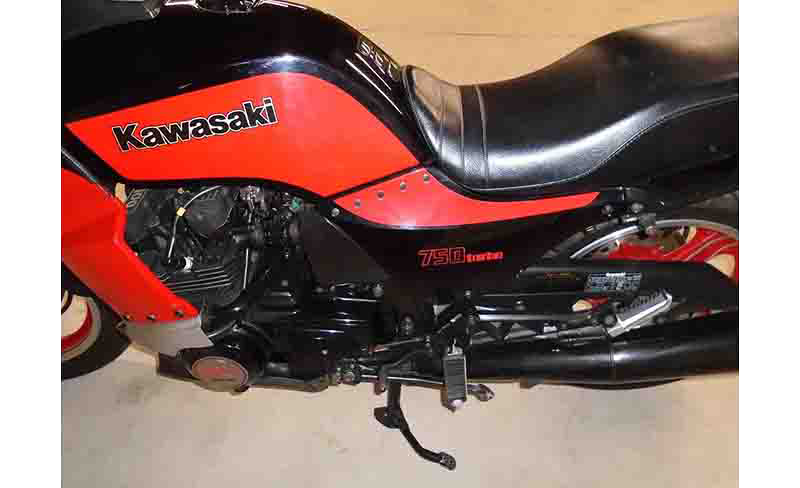 The Kawasaki GPz 750 Turbo (ZX750-E1) was only produced for two model years, and was equipped with a turbocharged, fuel injected 738cc 4cylinder engine producing 112bhp.

To build the turbo, Kawasaki did not simply add fuel injection and a turbocharger to a standard GPz750 motorcycle engine. So some parts are exclusive to the "turbo", such as low-compression (7.8:1) pistons, stronger gearbox internals, a modified oil pan with an extra oil scavenge pump, a boost indicator, the characteristic aluminium "turbo"-spoiler, and a different Unitrak linkage (which gave it a firmer ride). The exhaust system and turbo (except silencers) were strengthened with different tube material, and some dimensions and frame geometry differed (28° rake instead of 26°). The GPz 750 Turbo used a Hitachi HT-10B turbocharger, positioned close to the headers, and electronic fuel injection.

This particular example has only covered 7000 miles from new, and is supplied with a letter from Kawasaki UK to confirm that the engine and frame numbers that are correct for a 1984 ZX750-E1.

This superb GPz 750 Turbo will be supplied recommissioned and MOT tested for its new owner.